by Scott
in Fashion 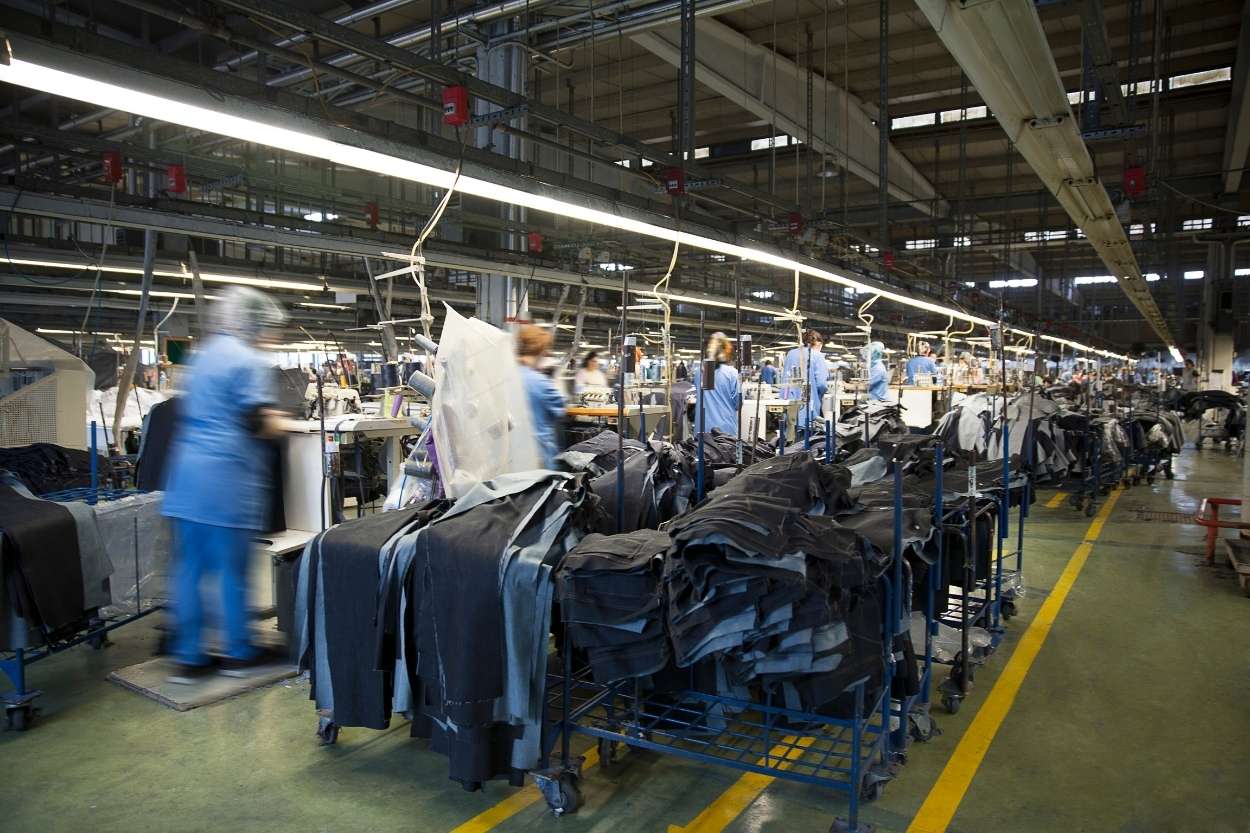 Whilst there are no doubts that it is a particularly dirty industry, the statistics quoted by many articles are often very different in value. In this article, I’ll pick some of the most common facts about the fashion industry and suggest why there may be so many differences. I’ll also compare these facts with figures found in scientific journals – peer reviewed papers, written by experts, that show how they came up with their results.

That’s a vast amount of water. I’m not quite sure where this figure originates from, but it is widely quoted around the internet. Let’s look into this in a bit more detail:

This figure could have been quoted from a study that looked at how much water it took to make one particular t-shirt, or it could be an average based on different t-shirts from different studies from around the world. You see, the actual amount for an individual t-shirt will depend on where the cotton was grown and what techniques were used to process that cotton into a t-shirt.

This fact may be an accurate average, I can’t really tell you. It’s certainly in the right order of magnitude. What isn’t clear from quoting any single figure is that the variation between lowest and highest value may be large. What this figure does do is to shock people into thinking about what goes into making their clothes – from that perspective, it’s good. Regardless of the absolute amount of water required to make one t-shirt, the fashion industry, on the whole, is causing big problems in water stressed areas of the world by using up vast amounts of the available water and polluting a lot of the rest [7].

According to the organisation, Our World In Data, the Aviation industry is responsible for 1.9% of greenhouse gas emissions and the shipping industry is responsible for 1.7%. That’s a total of 3.6%. The report doesn’t list the fashion industry, and in many ways, that doesn’t surprise me. The fashion industry is spread over more than one sector – you can think of it as having its feet in the agricultural sector, the chemicals industry, the general manufacturing industry and even the waste sector. This all makes it hard to get an accurate and reliable figure.

However, there are numerous articles that quote that greenhouse gas emissions from the fashion sector account for 8 to 10% of global emission. Where these articles list their references, they lead back to (either directly or indirectly) an article on the U.N. website. The U.N. article references another article that actually states 2 to 8% – not 8 to 10%! If you look at that article’s reference and then follow the references through multiple articles, you get to a dead link. The trail goes cold.

Separately, I found a scientific paper in the Journal of Cleaner Production [3]. They present their calculation of how much CO2 the fashion industry produces and the figure was put at a more conservative 2.4%… which is still a really hefty chunk of rubbish being put into the atmosphere, but it’s not the 8 to 10% quoted by many websites.

In conclusion, greenhouse gas emissions are somewhere between 2 and 10%. The aviation and shipping industry, together, are around 3 to 4%. As such, the fashion industry is at least in the ballpark, and may exceed it by some margin.

20% of the world’s wastewater is from textiles processing 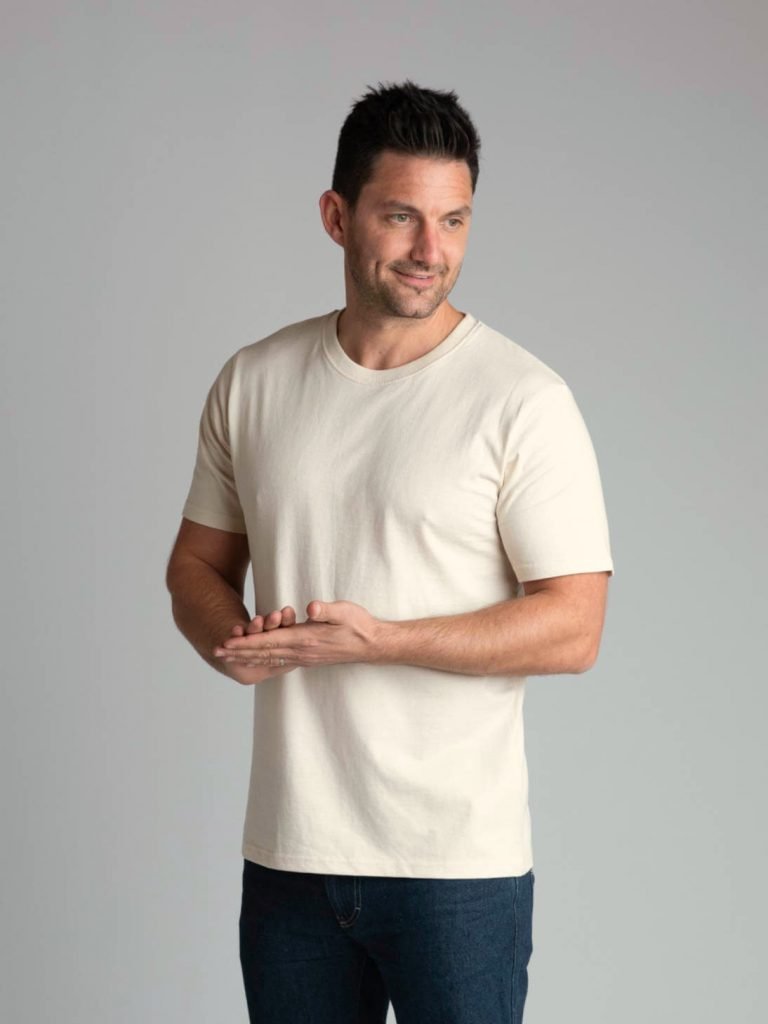 According to the World Bank, a shocking 20% of the world’s wastewater is due to the dying and treatment fabrics. According to some sources, that’s 79 billion cubic metres of water. There seems to be consistency with this statistic, however, they all seem to reference back to the World Bank – a consistent statistic but all from one source is as concerning as no consistency from many sources… particularly when the source isn’t a scientific paper listing its methods, references and conclusions.

Any wastewater released into the environment is a problem though. Over 8000 chemicals are used by the industry [2], some of which don’t easily degrade in the environment and bioaccumulate in the species that come into contact with them.

The good news is that textile manufacturers are starting to do something about it. More environmentally friendly chemicals are being used, and some factories are installing closed loop systems that not only reduce the pollution, but also reduce the amount of water being consumed.

Whilst there is still an awful long way to go, consumers can look out for the OEKO-TEX mark, that guarantees that the most hazardous chemicals haven’t been used.

There has been a meteoric rise in our consumption of clothes. This is typically blamed on “fast fashion”: frequently changing styles pushed on the consumer at super low prices to encourage them to be purchased. The products are often low quality, made with cheap synthetic fibres such as polyester and won’t last more than a few wears before being destined for landfill.

Greg Peters’ paper [4] found that between 1995 and 2018, the weight of fabric produced per person increased from 7.6kg to 13.8kg (note that this is per person, so it takes into account the increase in the world’s population). That’s an increase of 82%. So, this is very much in line with the claim that we’re consuming double the amount of clothes.

Every year, xxxx  number of microplastics are released into the oceans due to washing your clothes.

Every time you wash your clothes microfibres, some of which are microplastics, are released into the water system. Some of these end up in the sea. How many is up for debate. It seems that for the “xxxx” that I’ve inserted in the title of this section, you can just fill in your own number!

Why do the estimates vary so much? I think this is a reflection of the fact that research into microplastics is still relatively new. It also depends on the standard of water treatment (if any) that is carried out between the washing machine and the ocean. Despite this, I’ll cherry pick one paper [5], that looked at the number of microfibres that are released directly from the washing machine. They found that this can be over 700,000 for a 6kg wash. 700,000! How many of these make it into the ocean I still being researched, but the general consensus is a lot!

If hemp hadn’t had a close association with cannabis, it would probably be as common as cotton, perhaps even more so. Whilst there are a few more brands selling hemp clothes, they are still a bit of a rarety. Yet, on many levels, hemp out performs cotton as a fabric used for clothing. From an environmental persepective, it blows cotton out of the water.

Of The Oceans Clothes

At Of The Oceans, we only sell clothes that are made with natural fibres, including a good selection of hemp clothes. All our suppliers are accredited by the Fair Wear foundation. Other environmental credentials are listed with the individual items, allowing our customers to decide whether they meet their sustainable requirements.

If you enjoyed this, please consider signing up to our newsletter. We not only keep our subscribers up to date with the latest blogs and other news, but they also benefit from discounts on our products. And, at Of The Oceans, 5% of the purchase price is donated to a marine conservation charity.

FacebookTweetPinLinkedIn
Previous Sustainable Material for Clothing Next Hemp Clothing FAQ
5 1 vote
Article Rating
Subscribe
Login
Please login to comment
0 Comments
Inline Feedbacks
View all comments
Categories
Products
We use Google Analytics to understand how our visitors interact with our website - However, you can opt-out from this by clicking here
wpDiscuz
0
0
Would love your thoughts, please comment.x
()
x
| Reply